The ICA in the time of COVID-19 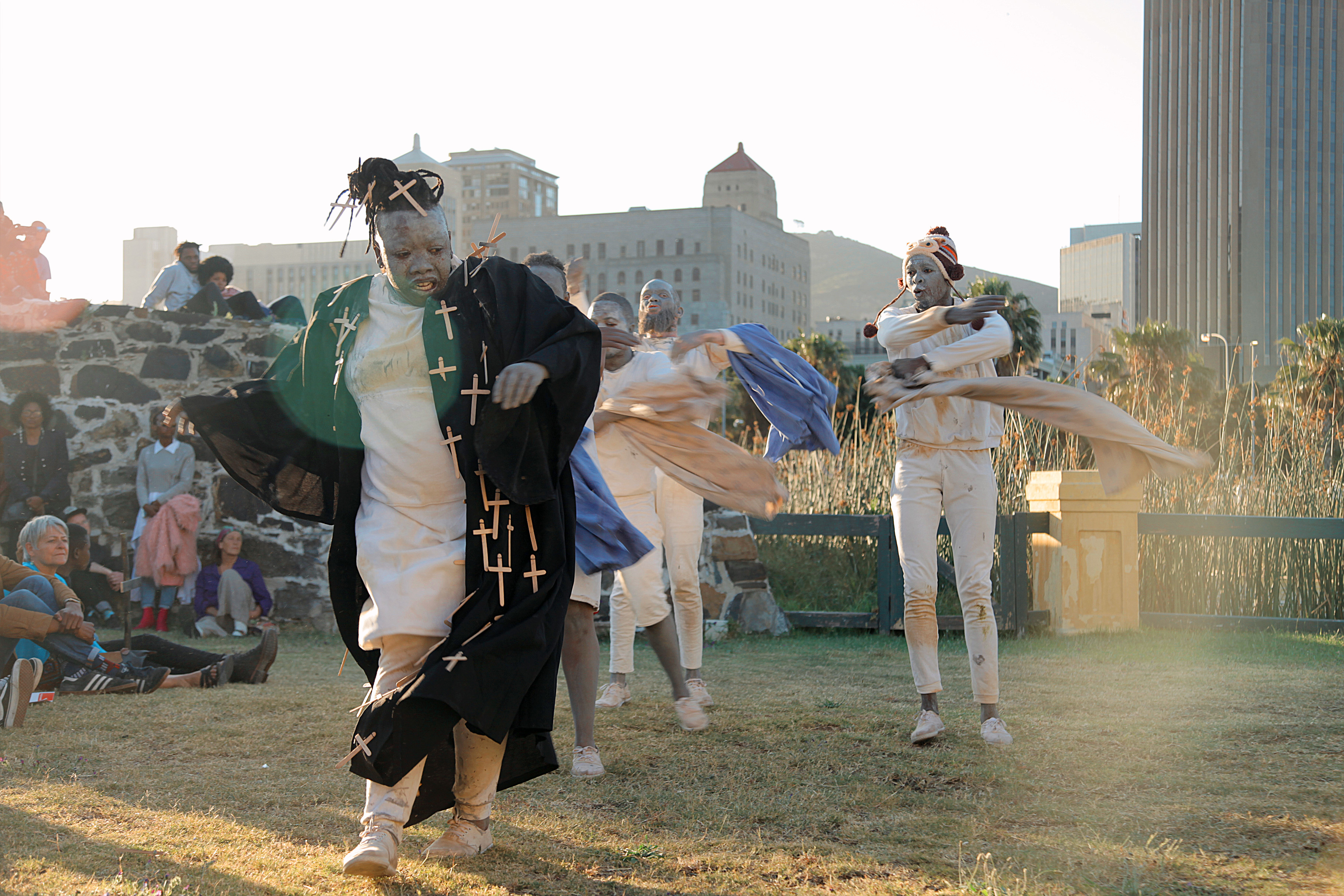 COVID-19 has been an encounter with a concrete wall, not always the lucid film of opportunity some would have us imagine it. Transitioning to online meetings, teaching, performances and art exhibitions does present a way to deal with this reality – valiant and occasionally rewarding, it is also frustrating, lonely, imperfect and reductive. A talking head on a screen is hardly a model for the complexities and nuances of human endeavour and communication. The urgency of seeing through crisis to some kind of other side has touched all of us, but acknowledging its reality is a sobering place to start.

The ICA’s events and programmes are based on the coming together of the university community and diverse publics – on movement and being moved, on exchange, transgressing borders, and infecting spaces with art. The current crisis has challenged all of this. Solutions that do not compromise the integrity of the work we do are not easy and as we adapt and innovate through careful thought, more integral solutions will no doubt emerge. But we wanted to keep you informed about what we have planned, and what you can look forward to in the foreseeable future.

The Feminine and the Foreign

A collaboration between the Nest Collective (Nairobi), the London International Festival of Theatre (LIFT, London) and the ICA, The Feminine and the Foreign is a project that seeks to engage with feminist, queer and immigration activist communities in multiple cities around the world searching for the ideological, spiritual, emotional and philosophical links between them. The project will result in a series of short films that encapsulate a multi-city dialogue about the push-back against global forces that seek to sequester, separate and incapacitate minority communities.

In partnership with the British Council, the Nest Collective was scheduled to visit South Africa to conduct interviews with Cape Town-based activists. In the wake of travel restrictions across the continent, Nest had to cancel their trip to Cape Town. The ICA was also meant to host a public screening of their extraordinary film Stories of Our Lives followed by a panel discussion with the Nest Collective. This has been re-scheduled to take place online in mid May.

The ICA will soon be launching the first series of a new podcast, featuring interviews with South African artists and curators about live art. The idea for the podcast came out of the book Acts of Transgression: Contemporary Live Art in South Africa, which was published early last year in response to a literary vacuum: before 2019, there was no text dedicated to live art in South Africa. There was also no language to speak about the politically resonant form that it takes in our country. The book sought to begin filling this critical gap. The vision for the podcast is to extend the work begun by Acts of Transgression, but in a more accessible manner – free from academic jargon and freely available for download. We want to immerse listeners in the ways in which artists see, think, feel, respond and create, and consider how the talking and thinking through of complex performative artworks becomes a facet of the work itself.

Infecting the City Online, looking outside from in

The Infecting the City (ITC) public art festival is, at this moment, a sad reminder of what we were experiencing barely six months ago – the rigorous, unrelenting interrogation and celebration of the public sphere. ITC Online will give us pause to reflect on this from our current precarious position. This project helps us to revisit the work of the courageous and often brilliant artists that appeared on the ITC 2019 programme by viewing short extracts of their work, as well as engaging them in public discussions. These extracts will be curated according to theme, subject and form.

Co-curator Amogelang Maledu comments: "This online content strategy is relevant now more than ever as the world grapples with the ramifications of a global pandemic and its effects on all sectors of the economy. The ICA also has great potential to create meaningful content on social media and provide not only for its audience, but its community of artists by supporting their work through their various platforms." 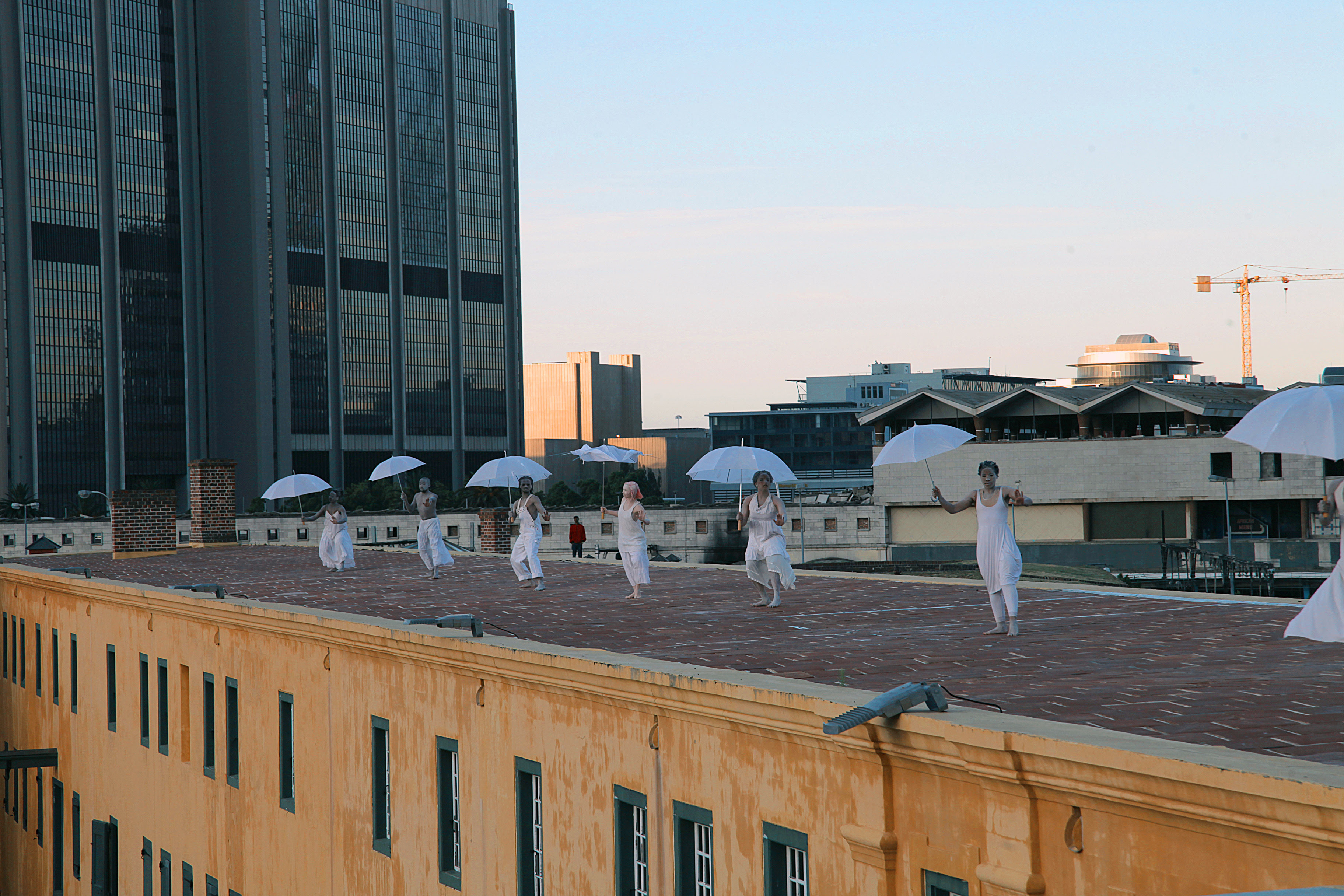 Attempt on Dying and Martin Luther Propaganda by Boris Nikitin

The ICA was looking forward to hosting, in collaboration with Pro Helvetia, two recent works by Swiss theatre director, author and essayist Boris Nikitin. These internationally acclaimed productions as well as accompanying panel discussions were to take place from 8–12 July 2020. Arrangements are underway for the works and accompanying discussions to take place online during this time. 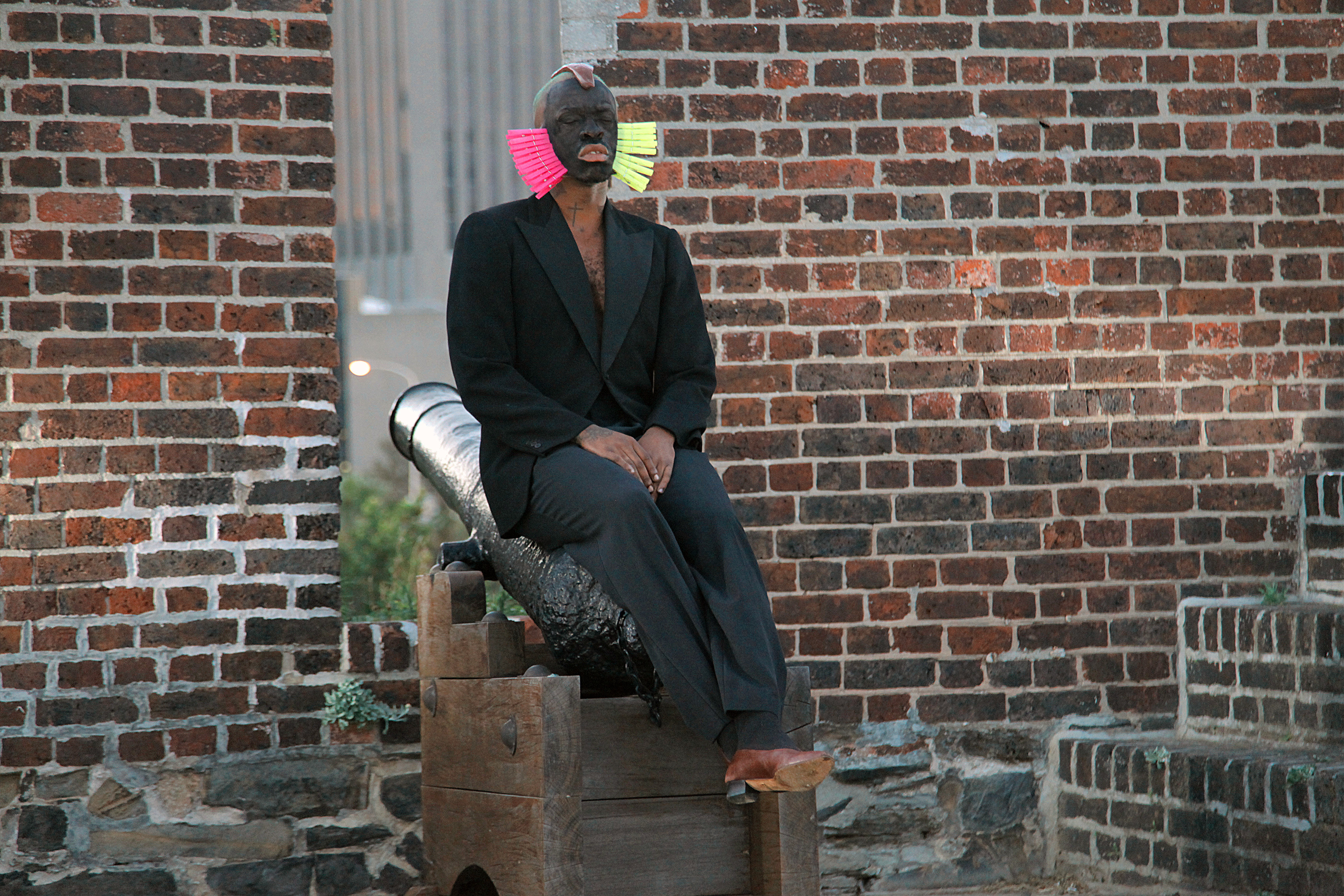 The Institute’s flagship event, the ICA Live Art Festival, was scheduled to take place from 22 August – 6 September 2020. The festival has been postponed to March 2021.

In August and September, when the ICA was meant to hold the ICA LAF 2020, we will now host online screenings of existing live art works by selected artists. These screenings will either take place at UCT's Hiddingh Hall, or via livestream, depending on restrictions on in-person gatherings at the time.

The ICA will partner with The City Agency to host The City Making Studio in October, which forms part of the City's See project. See is a multi-year transnational project which brings together cities, institutions, academics, activists and artists to exchange ideas, debate and develop methodologies to bring about representational equity in the public life of our cities. The project proposes to draw on emergent and growing transnational solidarity and coalition strategies to fashion more equitable urban futures in the aftermath of colonialism, slavery and apartheid.

The ICA and the City will reassess at a future date whether The City Making Studio – comprising performances, panels and small group discussions – will take place in person or online.

The ICA will host a public art symposium featuring presentations by contributors to the ICA's forthcoming book, Restless Infections. Contributors will share their chapters in-progress, as well as the discoveries they have made and challenges faced in the course of researching and capturing public art in South Africa. 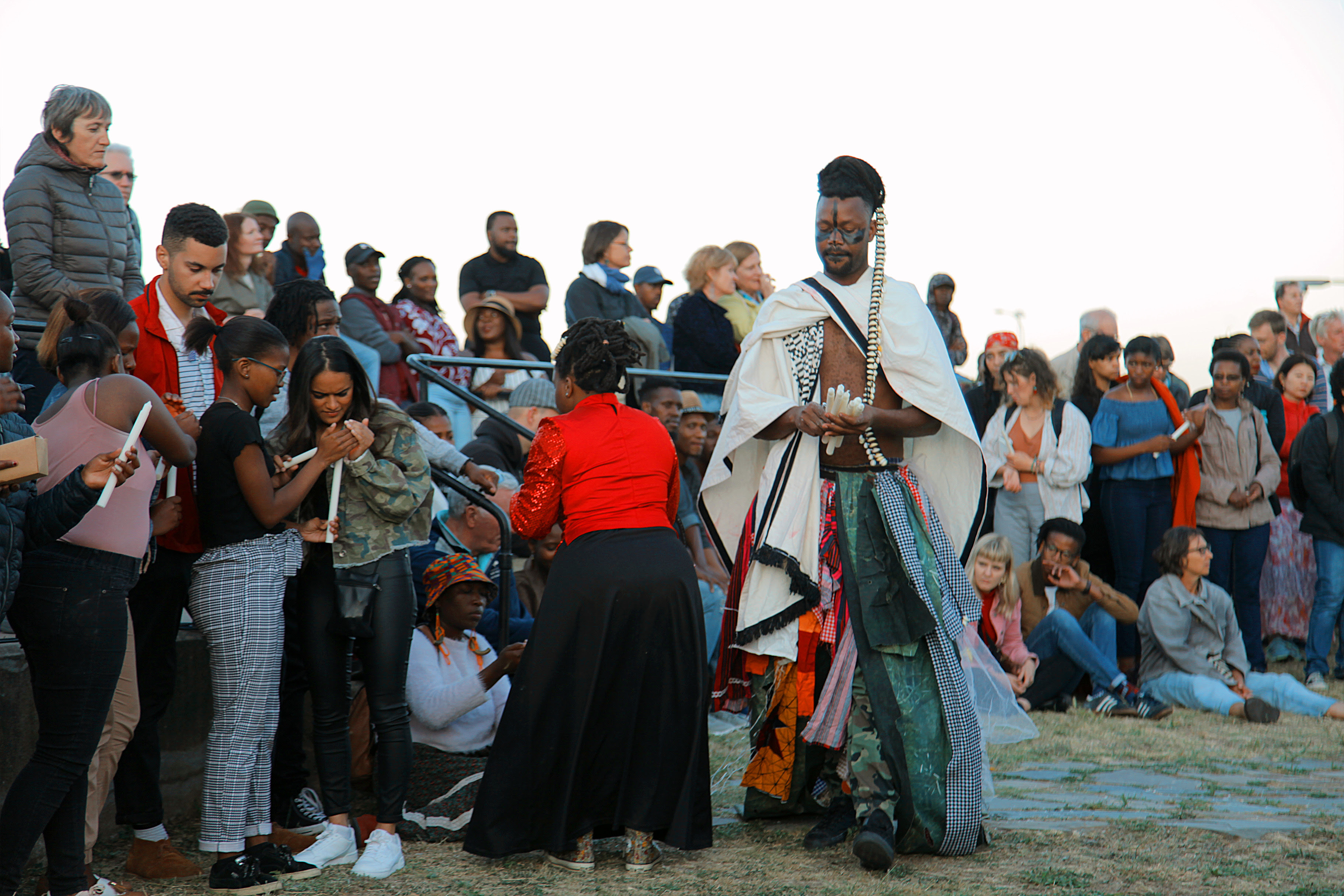 The ICA’s forthcoming book about performative public art interventions in South Africa, Restless Infections, is underway, with Writing Fellows currently working on early-stage drafts of their chapters. This collection of scholarly essays will explore the Infecting the City (ITC) public arts festival produced by the Africa Centre and the ICA – the largest and longest running public arts festival in the country. However, the book will also be broader in scope, analysing works that have ‘infected’, challenged or transformed city spaces in South Africa within and beyond the numerous iterations of ITC. The book is scheduled for publication in late 2021. 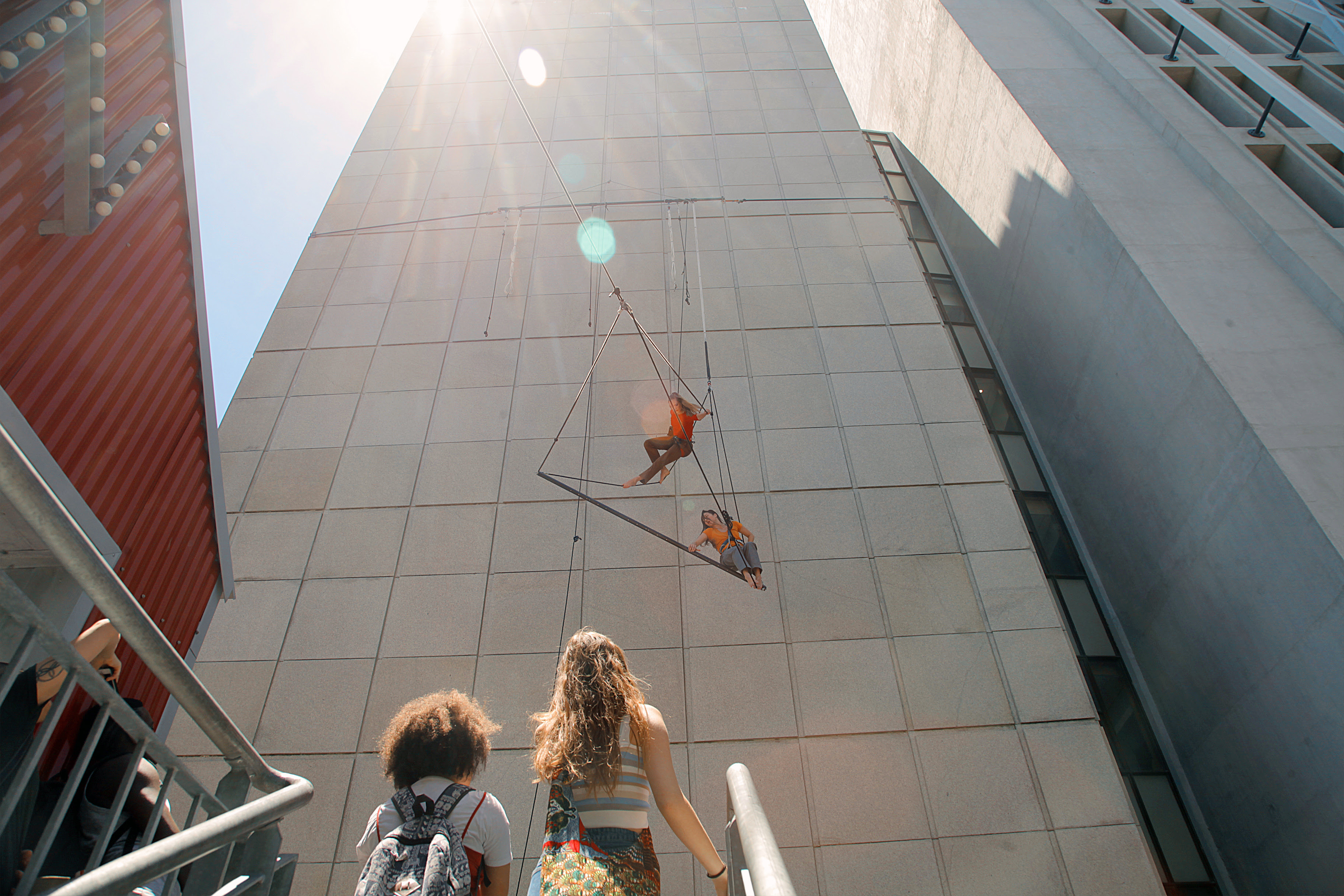 MA students in Live Art, Interdisciplinary and Public Art are currently hard at work on their Minor Projects – a practical development of their research proposal performances. These performances were intended to form part of a public showcase in early April, but in its place the Centre for Theatre, Dance and Performance Studies (CTDPS) and the ICA will endeavour to make the filmed works available to the public.

The ICA awarded the following scholarships for 2020:

Nondumiso Lwazi Msimanga (PhD) is a performance artist and provocateur known for her public arts activism. She is also an independent arts’ writer and academic. Her research deals with umsebenzi of protest and ritual practices.

Qondiswa James (MA) is an actress, director, theatre-maker and the latest recipient of the Theatre Arts Admin Collective’s Emerging Theatre Directors Bursary. Her Masters will focus on creating the “persona of a performance artist who is only ever a resisting body, a radical mouthpiece for the cause: blqgrl.radikl …”

Tandile Mbatsha’s (MA) work is in the terrain of embodied experience, articulating intersectionality through their experiences as a Queer, Gender Non-Conforming body living in Cape Town, South Africa.

Puleng Stewart (MA) is a director, writer, voice artist and performer. She writes of her MA work: “I would like to bring my interest and research of permaculture models into a collaborative creation of permanent and public site specific installations. By actively affecting the cityscape itself I would hope to play a part in moving these critical ecological conversations out of the bubbles of privilege in which they currently exist in South Africa.”

Manoko Tlhako (MA) recently completed her degree at Rhodes University, majoring in English and Drama. Her Masters work uses a practice-based methodology to explore the notion of home as experienced by the post-apartheid body.

In September last year, the ICA invited applications for a new Honours course: BA(Hons) in Theatre and Performance, specialising in Live Art. This course was launched successfully on 14 February, with first term content focusing on the history of performance art and live art. It will continue online in the second term, exploring contemporary South African live art.