The ICA and Wits University Press invite the public to the launch of:

Copies of What Remains will be on sale from Clarke’s Books. 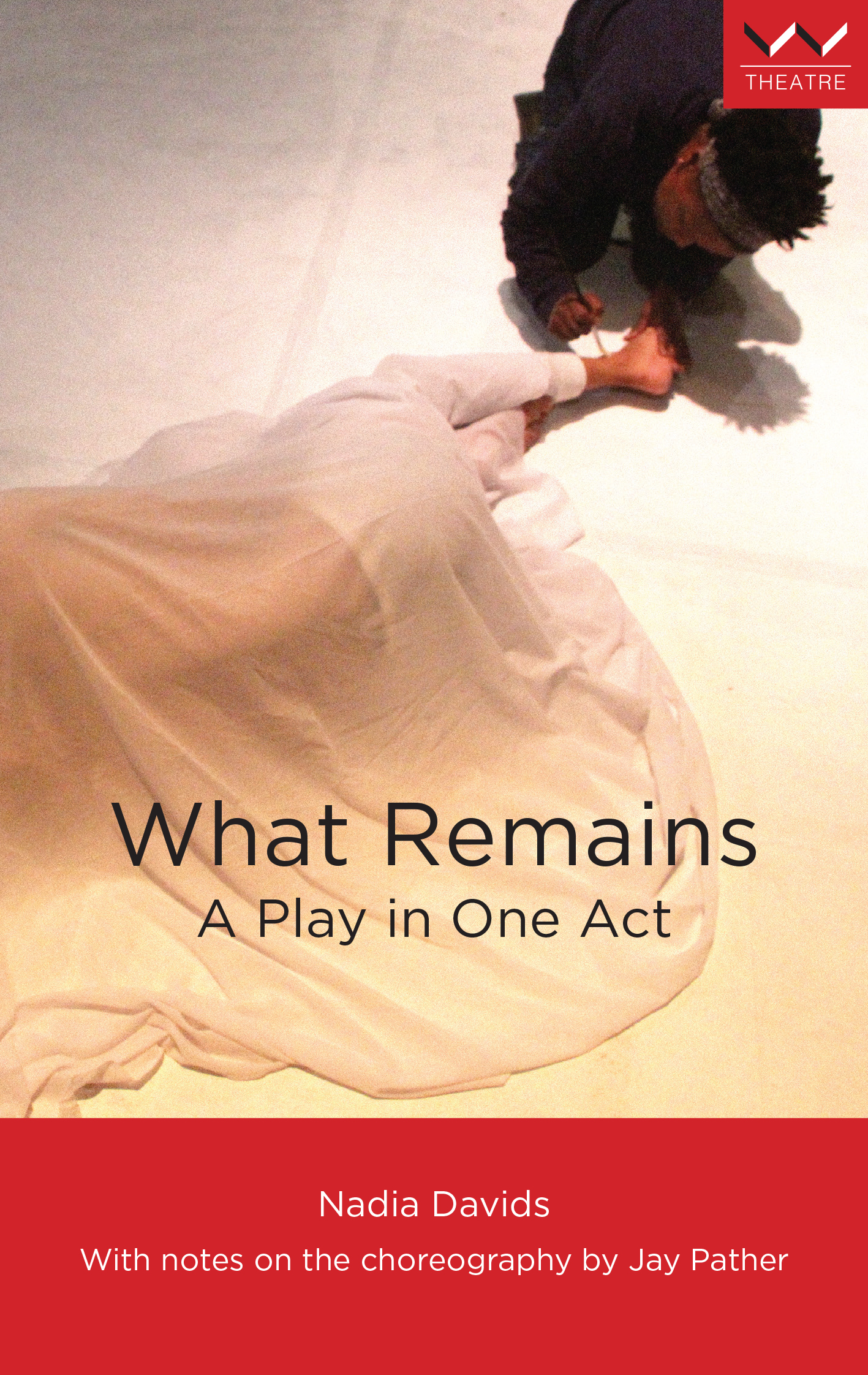 What Remains is destined to become a South African classic. Nadia Davids’s transformative play digs up bones and reaches for the sacred. It dramatises the timeless dance between memory and ‘progress’ in a way that is also a fierce critique of the present moment. Like the best drama, it is universal because Davids roots it so precisely in the experience of her time – post-apartheid South Africa – and place: her beloved Cape Town. – Mark Gevisser, author of Lost and Found in Johannesburg: A Memoir

What Remains excavates a tragic history, mining beauty, no less than poetry, from a slave burial ground. This heart-breaking dance on the page, cries out to be performed. With Pather’s choreographic notes, it promises to be a triumph. – Zoë Wicomb, Emeritus Professor at the University of Strathclyde, Glasgow

“What Remains is an impressive, disquieting and heart-breaking piece.” Weekend Special.

On a still, cool day in the east of a city by the sea, three sounds only: a bulldozer’s engine, a forgotten song, a canon that tells the time. Behind the bulldozer, a sign: Luxury Mall Coming Soon. As the vehicle moves in to the clear ground, it strikes at something unexpected…

What Remains is a fusion of text, dance and movement to tell a story about the unexpected uncovering of a slave burial ground in Cape Town, the archaeological dig that follows and a city haunted by the memory of slavery. When the bones emerge from the ground, everyone in the city – slave descendants, archaeologists, citizens, property developers – is forced to reckon with a history sometimes remembered, sometimes forgotten. Loosely based on the events at Prestwich Place, What Remains is a path between memory and magic, the uncanny and the known, waking and dreaming. Four figures – The Archaeologist, The Healer, The Dancer and The Student – move between bones and books, archives and madness, paintings and protest, as they struggle to reconcile the past with the now.