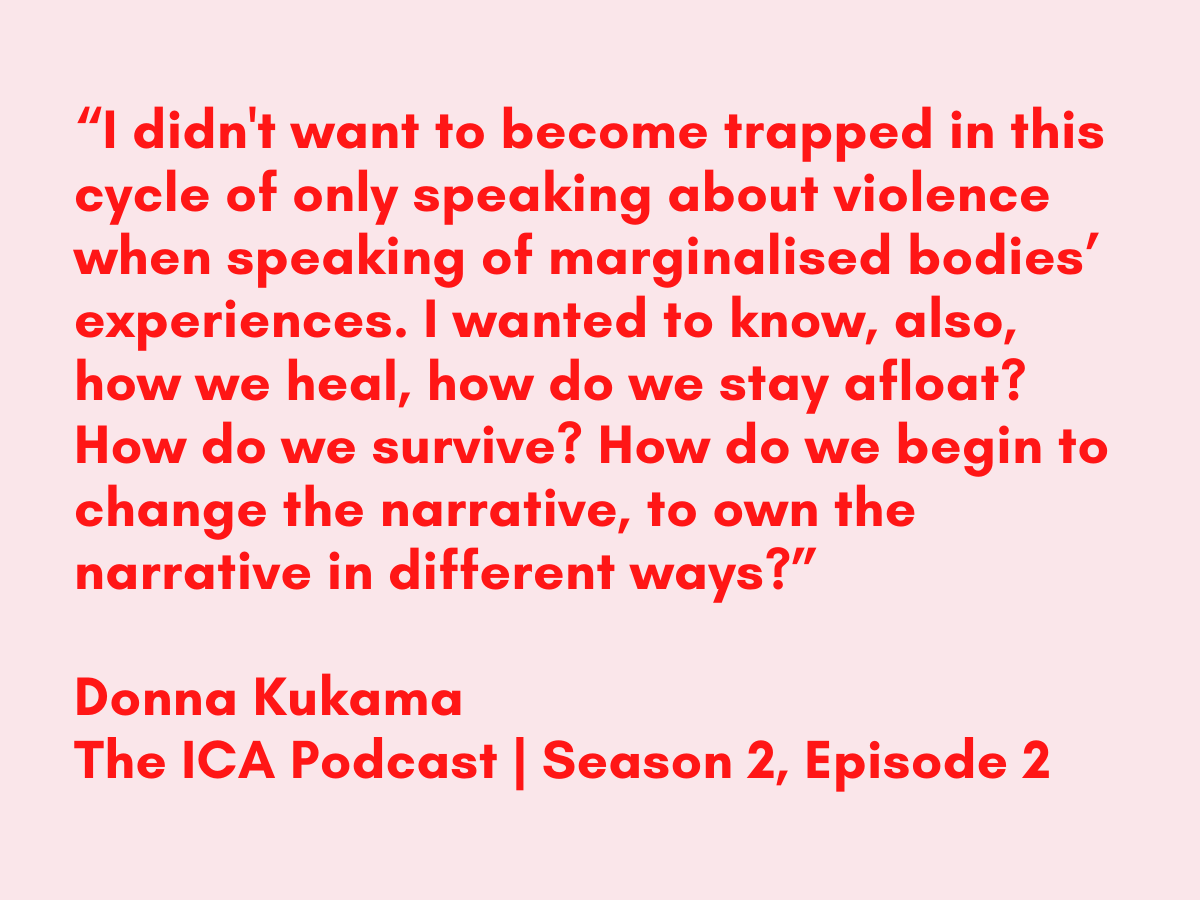 Listen to Season 2, Episode 2 of The ICA Podcast! Featuring an in-depth profile of Donna Kukama's immersive 2018 performance, We the Not-Not People! -Things done, not told. Inscribed, not written.

We the Not-Not People forms part of a broader, ongoing body of work that Kukama calls a “history book for those who absolutely need to be remembered” -- a history book that’s not limited to physical texts or a fixed chronology, but that takes the form of performances, interventions and installations.

In this episode, reflecting on the conception and performance of We the Not-Not People, Kukama explores multiple intersecting forms of oppression, alongside questions of memorialisation and healing.

Listen on Apple podcasts, Spotify, Stitcher, Podcast Addict, or wherever you find podcasts. You can also listen on our website. Donna Kukama is an interdisciplinary artist whose work is informed by performance-based research processes. Through performance, video, sound, texts, and non-monuments, her work questions the way in which histories are narrated, as well as how value systems are constructed, often resisting established “ways of doing”.

Kukama has exhibited and presented performances at several notable institutions and museums, including the Tate Modern in London; Nottingham Contemporary in Nottingham; Padiglione de’Arte Contemporanea Milano in Milan; South African National Gallery in Cape Town; Museum of Modern Art in Antwerp; nGbK in Berlin; and the New Museum in New York. She has participated in, among others, the 10th Berlin Biennale; the 57th Belgrade Biennale; 12th Lyon Biennale; the 6th Moscow Biennale of Contemporary Art; 32nd Bienal de São Paulo and 8th Berlin Biennale and the 55th Venice Biennale as part of the South African Pavilion. She was the 2014 recipient of the Standard Bank Young Artist Award for Performance Art in South Africa. For the past ten years (2011-2021), she has held the post of lecturer in the Visual Arts Department at the University of Witwatersrand in Johannesburg.

She was recently a guest Professor at the Braunschweig University of Art (HBK Braunschweig) in Germany (2019-2020), and is currently a guest artist for the Work.Master programme at the Academy of Art and Design, Geneva (HEAD Genève). 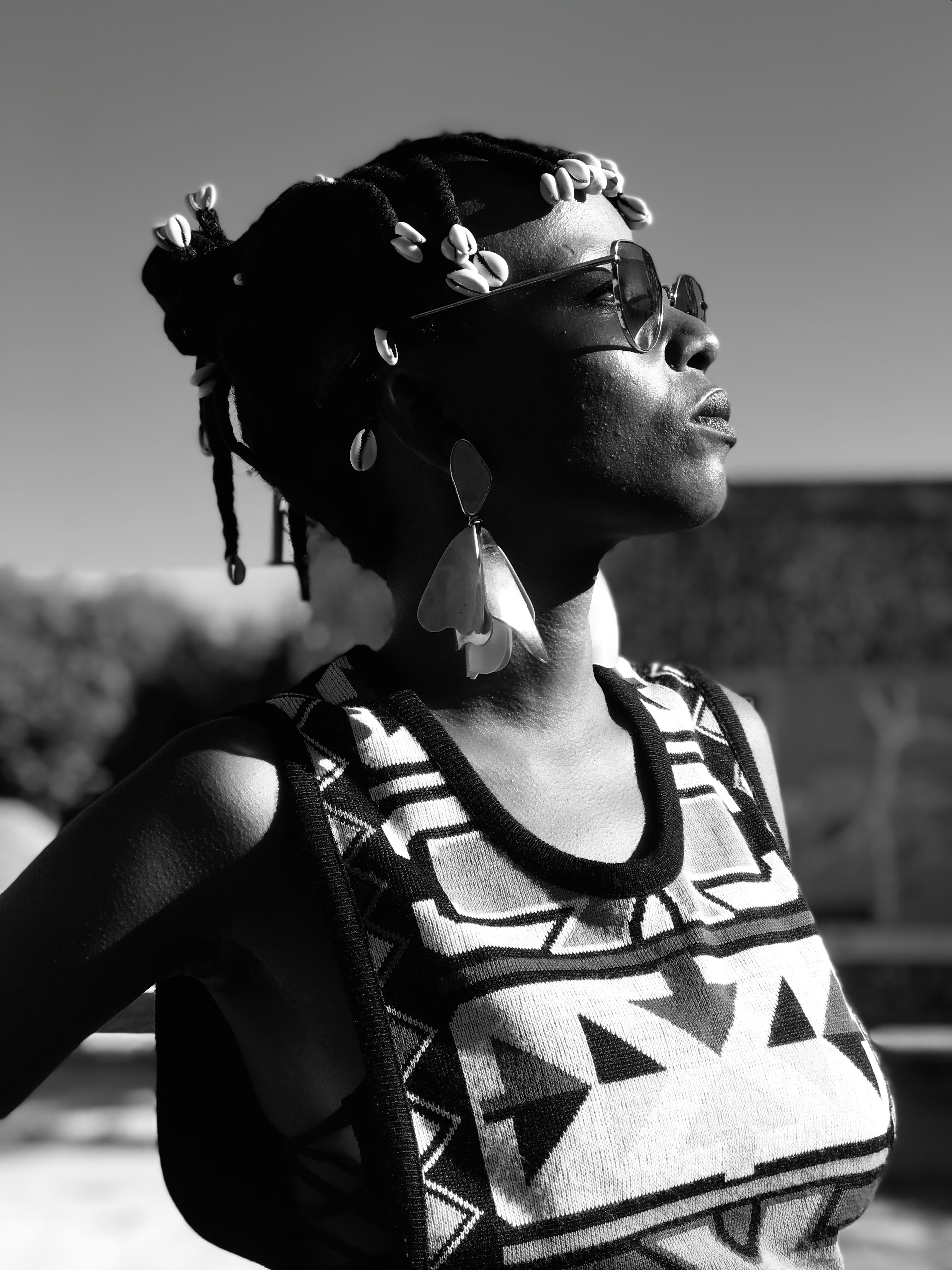 About The ICA Podcast

The Podcast – launched in July 2020 – emerged out of the ICA's 2019 publication Acts of Transgression: Contemporary Live Art in South Africa and extends the work begun by the book through conversations with the creators and curators of Live Art. The role of the Podcast has been particularly important in this time of the pandemic, when live performance has been difficult and sometimes impossible, but the intimacy and expansiveness of listening remains critical.

Season 1 looked at the body of work of 8 diverse artists. In Season 2, we're doing things a bit differently by offering each episode as a deep dive into a single performance:

In Episode 3, we'll be speaking to performance artist, writer and cultural worker Kopano Maroga about their 2019 performance, Jesus Thesis & Other Critical Fabulations. 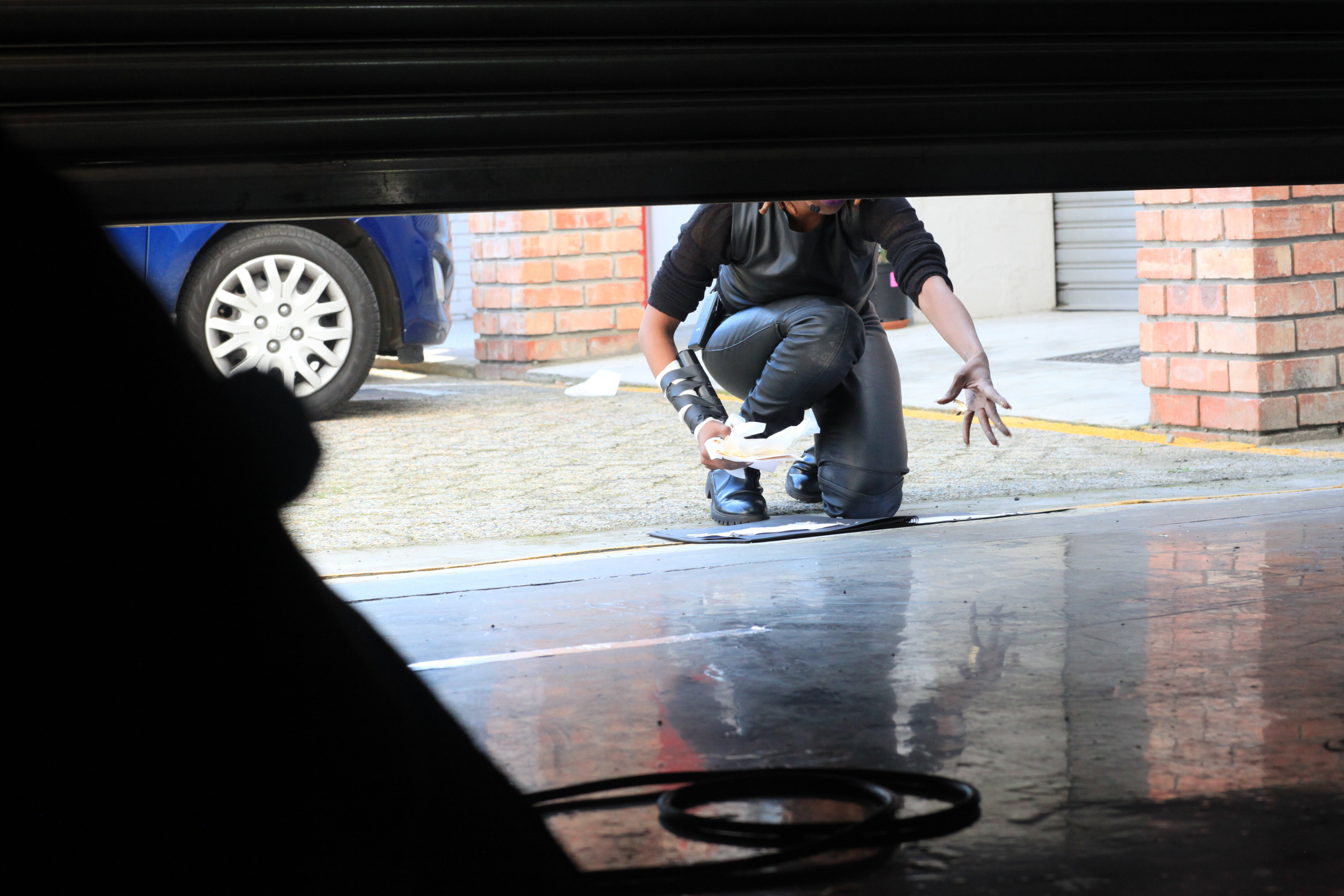